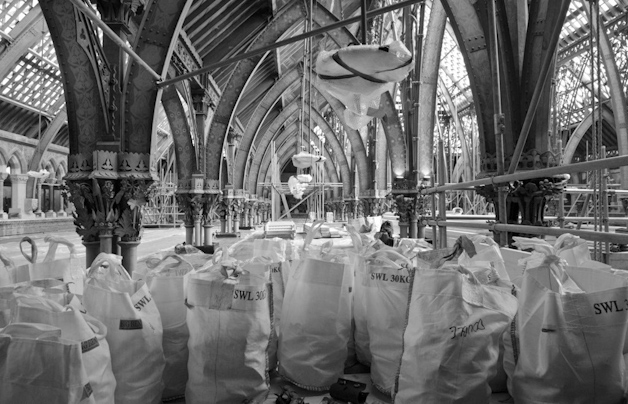 As the scaffold is noisily constructed around us, the roof work is about to move even higher into the heavens. To support the workers at the highest levels of the roof, a ‘winged’ platform must be extended through spaces made in the glass tiling and out to the external rooftop for anchorage.

There are 8,500 glass tiles on the roof, although around 2,200, in the south aisle, have already been stripped and cleaned during the first phase of the repair work last year. In the current phase a further 360 tiles have been removed so far.

The majority of the tiles are from the original Victorian construction, but there have been some later replacements, installed after high winds caused slates in the swift tower to fly off and smash the glass. These later tiles will be removed and replaced with new ones containing a UV filter sandwich layer.

On Thursday and Friday this week, the Ashmolean Museum in Oxford is hosting this year’s University Museums Group Annual General Meeting. Delegates from the meeting were treated to a view of the higher reaches of the roof thanks to a special tour by the project architects Purcell. 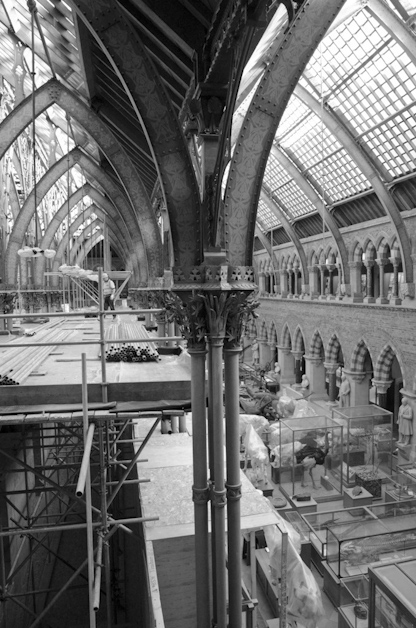 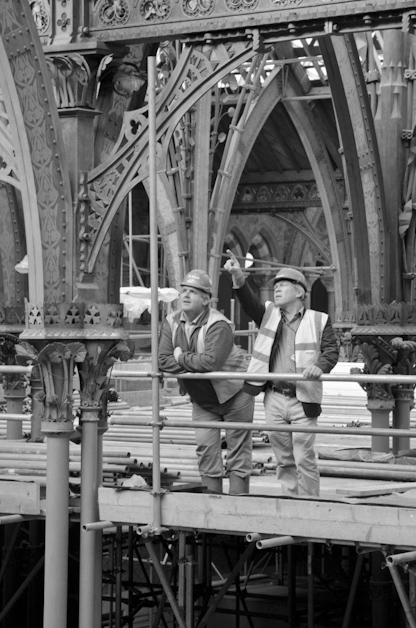 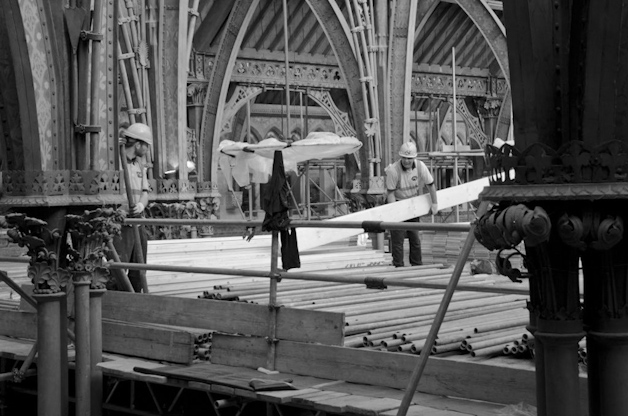