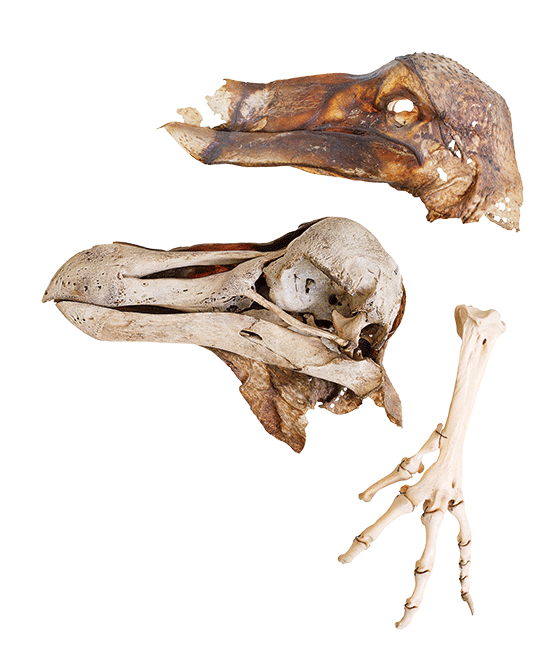 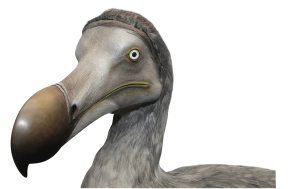 It’s time for one of the stars of the Museum’s collection! One of our most famous specimens, the dodo even features on our logo.

This week’s What’s on the van? comes from Malgosia Nowak-Kemp, Collections Manager in the Museum’s Life Collections.

The Dodo of Mauritius was discovered in the late sixteenth century by Dutch sailors stopping on the island for water and fresh food supplies. Because of its inability to fly, the Dodo was considered a great exotic curiosity and a few of the birds were shipped to Europe, India and Japan. One of them ended up in London, in the Tradescant collection. This collection, widely known as the “Ark”, was assembled in the seventeenth century by gardeners to the royalty and aristocracy, father and son John Tradescant. The stuffed Dodo was displayed to the public and described in the Tradescants’ catalogue as “Dodar, from the island of Mauritius. It is not able to fly, being so big”.

After the death of the Tradescants, the “Ark” was presented by its new owner, Elias Ashmole, to the University of Oxford, and in 1683 placed in the newly built Ashmolean Museum. Over the years, the specimens suffered from damage inflicted by insect pests and too frequent handling by visitors, and by 1756 only the Dodo’s head and one of its feet remained.

In 1848 it was firmly established that the Dodo was a member of the pigeon order: Columbiformes. In 2002, with application of DNA analysis, the Oxford Dodo yielded even more information about its origin. We now know that several million years ago its ancestors arrived in Mauritius from the Nicobar Islands, off India. Finding no natural enemies in their new habitat, and no competition for food, the lineage evolved in size and gradually lost its ability to fly. But in the end its size was not enough protection to stop humans, and animals introduced by them, like pigs, rats and monkeys, from causing the Dodo’s extinction.